The territory of Sardinia presents vast, diverse and sparsely populated, which is why it was possible that the island has kept intact its wealth of testimonies and historical exhibits and a high biodiversity, with many endemic species both for the species plant that for certain animal species.

The appearance of the same territory often harsh and mountainous landscape makes it fascinating that changes constantly. In addition, an extensive road network almost always in great condition especially along quiet roads, makes it possible to reach even the most remote and wild. The presence of the monuments scattered in the countryside in an impressive integration with the natural environment make Sardinia a kind of open-air museum.

The Domus de Janas wich in Sardinian Language means “Fairles or whitches houses” are tombs dug out of the rock. There are around a thousand in all across the whole island. 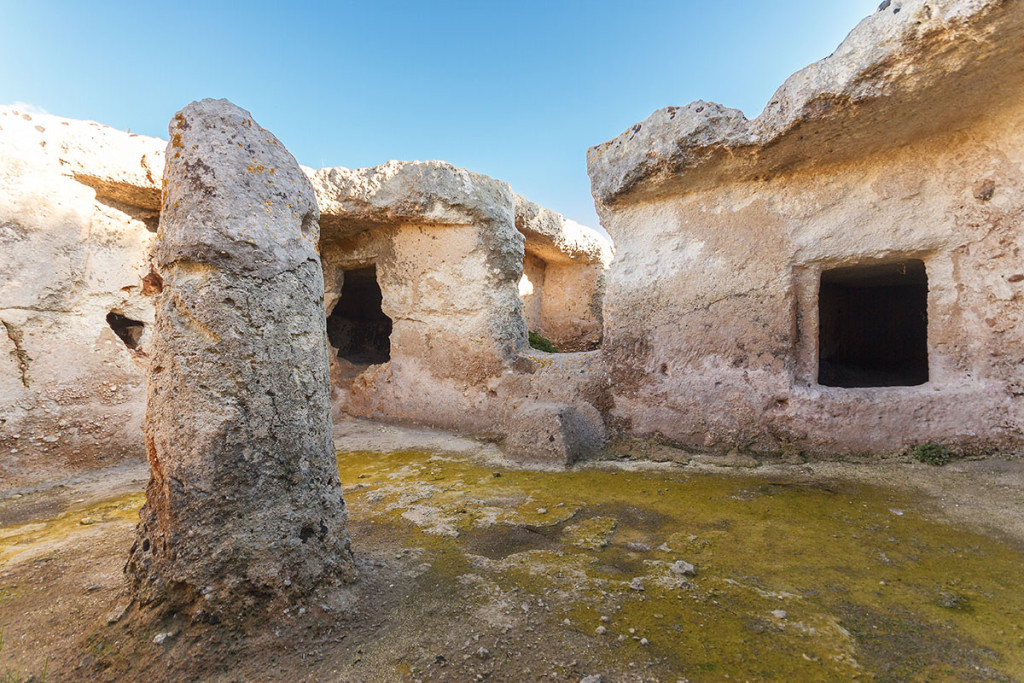 The Giants’ tombs are collective burial sites. Their name derives from their unusual form whith at the centre of a exedhra a mighty stone several meters tall, Most note worthly is “sa domo e s’orcu”, close to Quartucciu in the province of Cagliari. 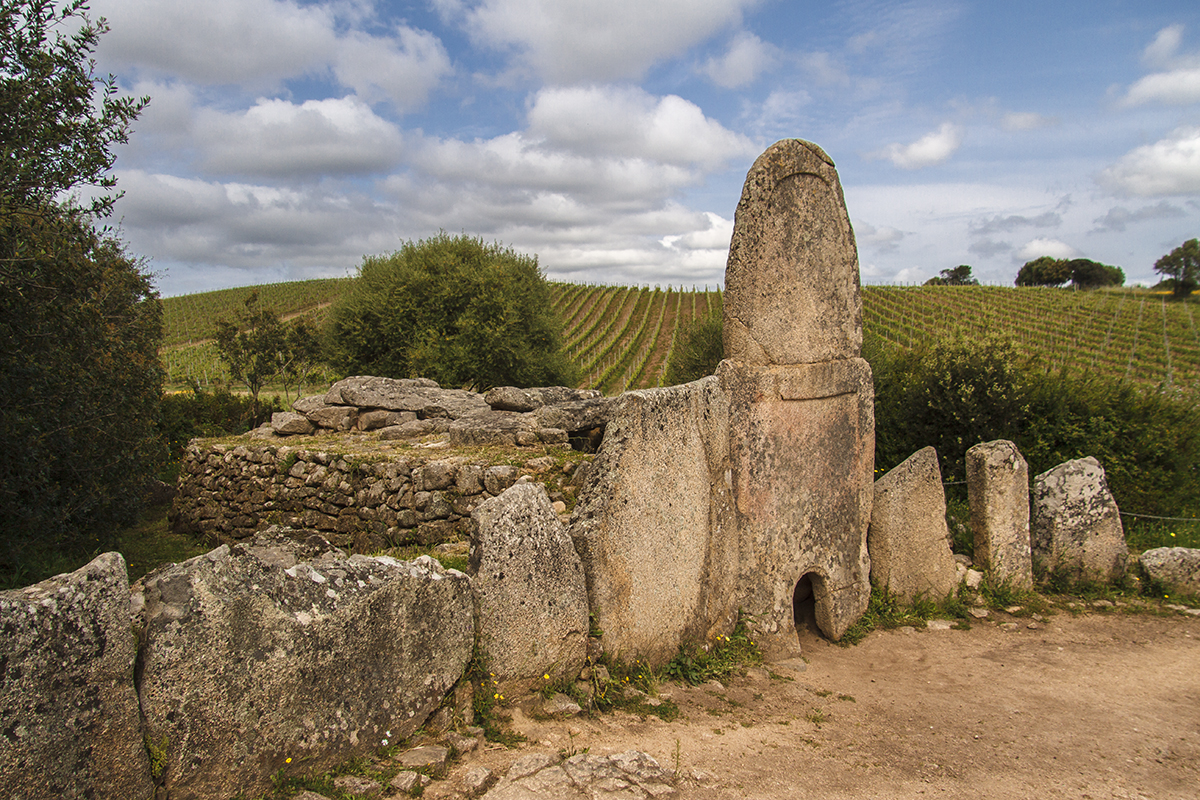 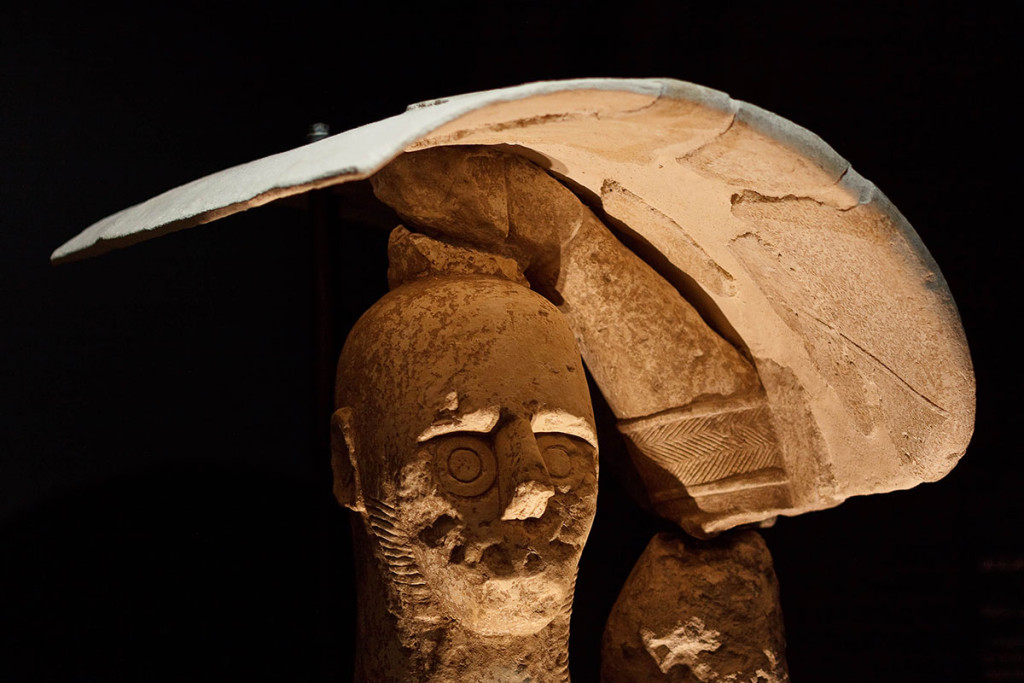 One of the giants of mont’e prama, Cabras (OR).

The Nuraghes, the most significant architecture of the Sardinian prehistory appear around 1500 BC. The hypothesis, gives it a defensive role and control of the territory. The most important site is Su Nuraxi in Barumini, also noteworthy il the Palmavera Nuraghe, Santu Antine, the Losa nuraghe and the Arrubiu. 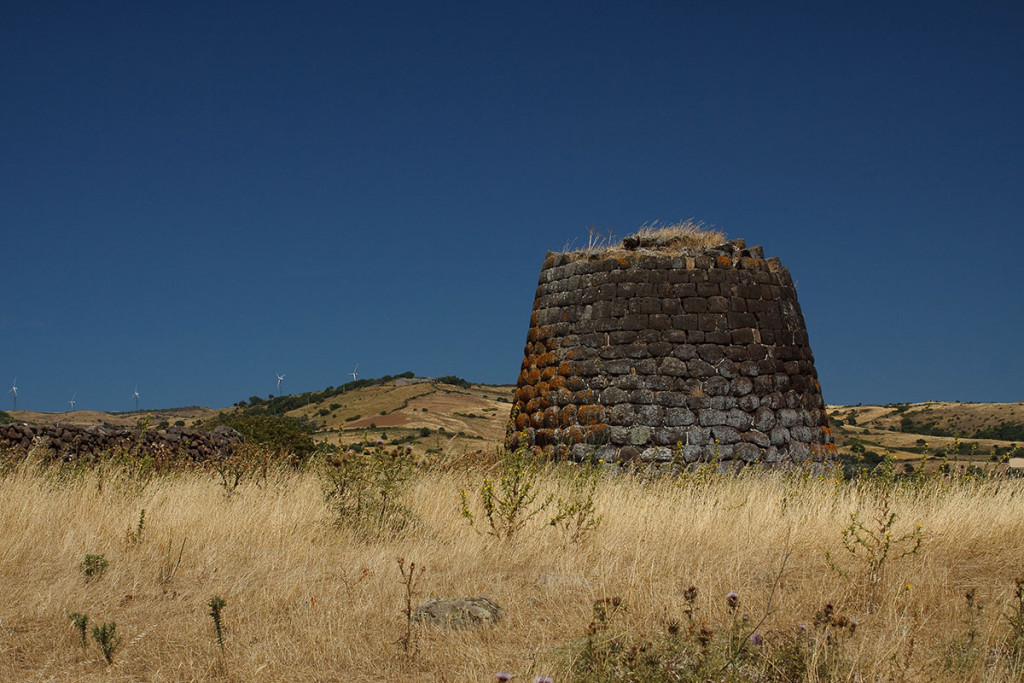 The Sacred Wells were constructed where water sprung forth, around the sprung access steps where built and a vault covering erected, the most important sacred well is Santa Cristina in Paulilatino. 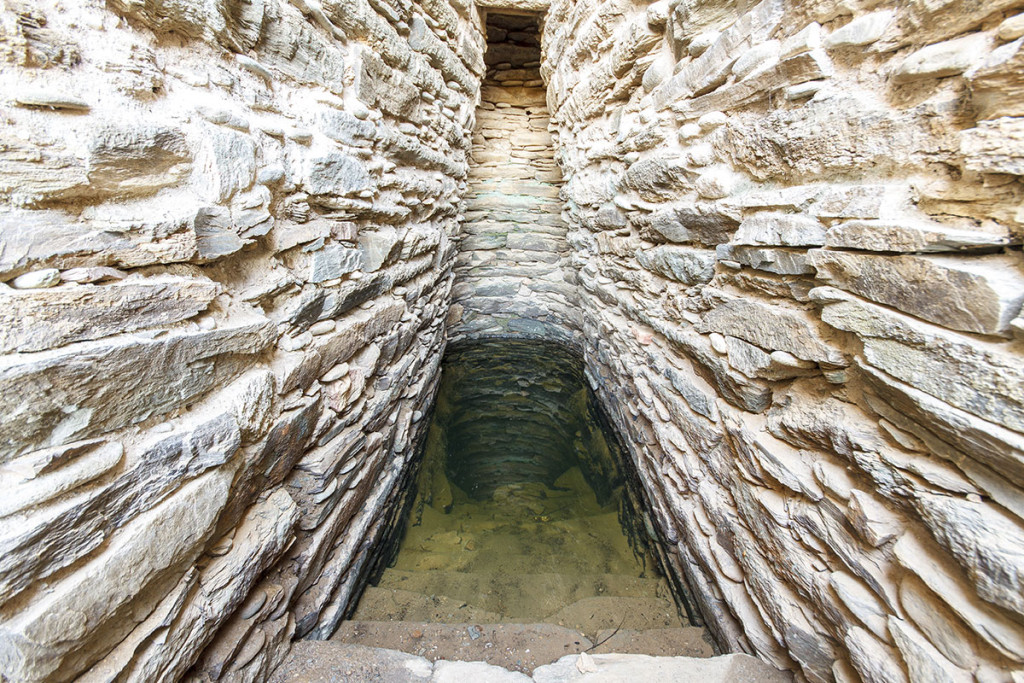 The ruins of Tharros on the Sinis peninsule, close to Oristano, represent one of the most important archaeological areas the Mediterranean Sea. The settlement developed in the Phoenician and Punic ages and lastly durin the Roman age. Nora, close to Cagliari was a phoenician landing place, later a punic town and then a Roman one. The most important monument is the roman theatre. Noteworthy are the Temple of Antas near to Fluminimaggiore, an the amphytheatre and other romans remain in Cagliari. 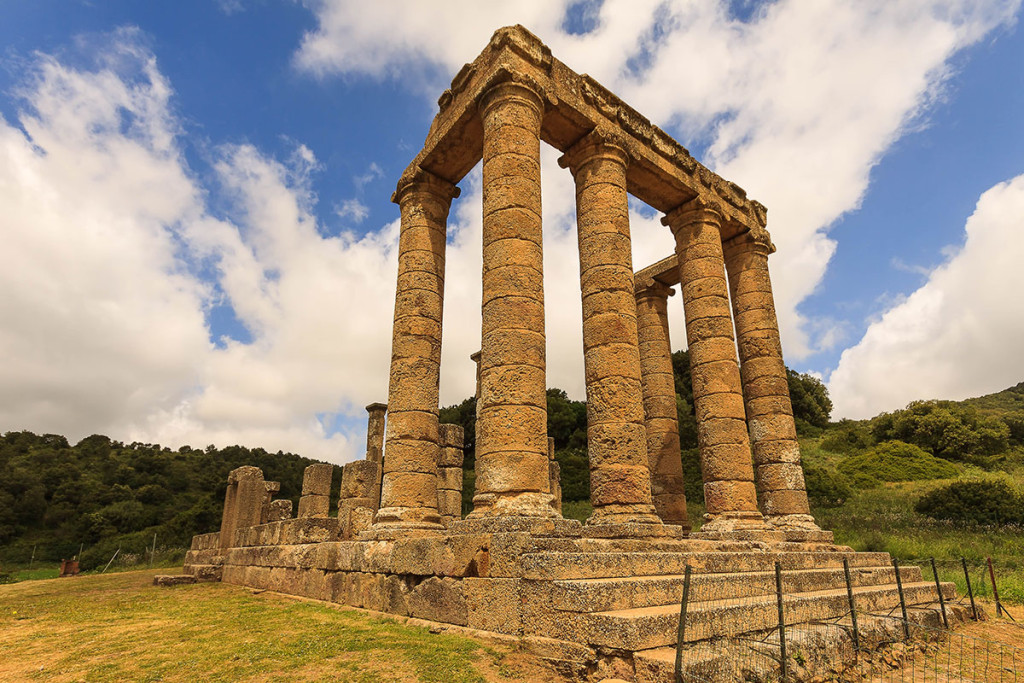 These are just some of the many sites of cultural and archaeological interest scattered throughout the territory of Sardinia , those who decide to discover this wealth will always find a FAITA Camping or a Village nearby.

This page is also available in: Italian, German, French